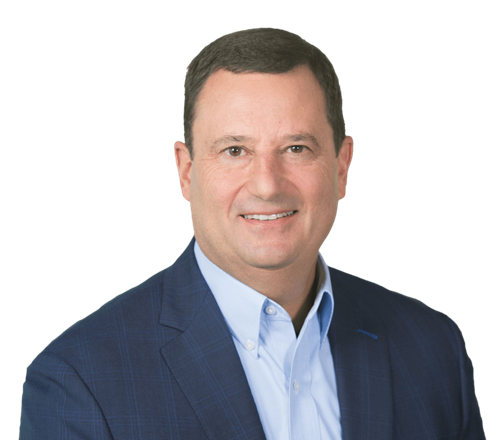 Vince Tobin was named Executive Vice President, Military Business in June 2017, and is a member of Bell’s Executive Leadership Team.

Vince leads the Military Business organization and is responsible for bridging our rich history with our vision for the future by providing strategic direction, overall management and performance for all military programs and business development efforts to secure critical business opportunities including sales of V-22 and UH-1Y and AH-1Z, program upgrades, foreign military sales (FMS) and military sustainment.

His previous assignment was as Vice President for Advanced Tiltrotor Systems, where he was responsible for program management of tiltrotor development at Bell to include the V-280 Valor and the V-247 Vigilant. He served as the Bell Vice President and Bell Boeing Program Director for the V-22 Osprey, responsible for development, production and sustainment of the V-22 for the U.S. Marine Corps, U.S. Air Force, U.S. Navy and international customers.

Vince also served as the Director of Air Force Programs for L3 Link Simulation and Training, where he focused on the development and delivery of high-fidelity flight training simulators for the U.S. Air Force and allied nations’ military requirements. Before his time at L-3, Vince was the Bell Program Manager for Production for the U.S. Army’s Armed Reconnaissance Helicopter program.

He served as an officer in the U.S. Army for 21 years prior to his retiring and joining the industry. His service included time as both an operational aviator and as an acquisition officer. His assignments included Product Manager for Comanche Sensors and Armament, and the initial Product Manager for the Army’s Block III Apache Attack Helicopter, now known as the AH-64E Guardian. He also served on the Army Staff, assigned to the Pentagon.