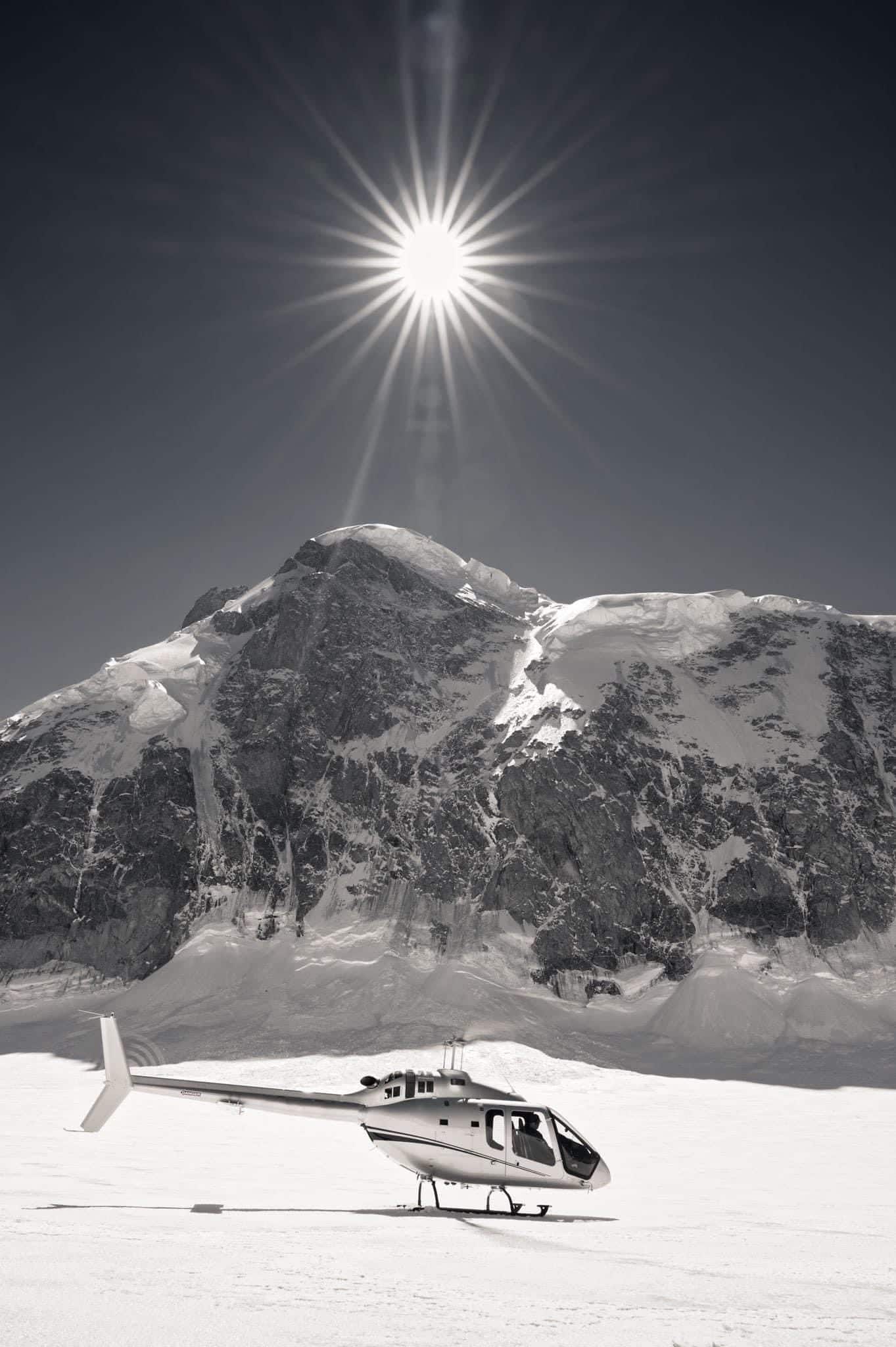 Tell us about your background?

My exposure to helicopters was primarily before med school when I was a rapid attack firefighter, where I used to repel from helicopters into forest fires

I'm a physician, dual trained in emergency medicine and ICU. Absolutely nothing to do with flying, but ever since I was young I've always had an interest in flying. I wanted to be a fighter pilot, but transitioned for variety reasons into medicine. My exposure to helicopters was primarily before med school when I was a rapid attack firefighter, where I used to repel from helicopters into forest fires. It was fantastic gig. We have a lot of forestry here in British Columbia, and we manage our firefighting primarily with helicopter response crews. I got a chance to spend a lot of time in Bell 206s, 212s and 204s when firefighting, so I got really excited about helicopters that way. I was lucky enough to get into my career and make a bit of money and then decided I needed a good midlife crisis - like learning how to fly helicopters. I did it primarily just for fun and did it fairly slowly. It took me about 12 to 14 months to get my license at Chinook Helicopters in Vancouver. I learned and completed my first solo flight on a Bell 47 and realized that this throttle thing was too complicated. I transitioned fairly quickly after I soloed into the second two thirds of my license on a Bell 206. I knew I needed to get into something that had an auto throttle on it but moved into the Bell 206 after first recognizing that my interest was in flying my myself and my family around to explore. Unfortunately, there's not a great system to rent helicopters like there is with fixed wing assets. I realized that if I'm going to keep doing this, I'm going to have to own one. It was then that I was introduced to my ownership partner who had a Bell 206B at that time. We flew the 206B for a while until we took the 505 out for a demo.

Why are helicopters the right tool for the job?

I enjoy hiking, snowshoeing and activities like that, so I want to be able to get somewhere that I can’t get with a fixed wing; to reach places that no one else can is pretty amazing

I always tell people, there's nothing else that moves in three directions at the same time. It's just a cool experience the way a helicopter moves. The actual flying of it is super fun. I enjoy hiking, snowshoeing and activities like that, so I want to be able to get somewhere that I can't get with a fixed wing; to reach places that no one else can is pretty amazing.

What features attracted you to the bell 505?

I had less than 200 flight hours at the time of our 505 demo. They put me in the front seat and asked, “You want to fly over to Boundary Bay?” I said, “Just take off right now, just me?” The pilot said, “Yeah, go ahead!” This is the first time I've ever sat in this machine, and it went fine. That's the testimonial right there, it's just really easy to fly! I’ve flown about 350 hours now, so still a very low time pilot, and because of the way we fly, we may go two or three weeks between flying. Every time I get into an aircraft, I always get a little nervous. Honestly though, with the Bell 505, I don't worry about it anymore. This aircraft behaves exactly the way I want it to behave. It feels very strong and very stable. That's one of the big selling points to me. It's well-built and flies very nicely.

Power, power, power. I think that’s the biggest thing, just how quickly I can get out of a problem if I’ve flown into one

Power, power, power. I think that's the biggest thing, just how quickly I can get out of a problem if I’ve flown into one. As a low-time pilot, having that extra power gives me some safety, especially with things like the tail rotor authority.

If I get into something and I just want to pull up and get out of there, I can do it. I still try to fly it like it's our 206 with a lot of reserve, but knowing that I have that safety margin is nice. I'm never worried about misjudging the wind and being downwind; I'm still in control. When I sit in the cabin, it's just a beautiful machine. The visibility is incredible, and the full glass cockpit is amazing in giving pilots what they need to know. The technology makes me feel safe because of the FADEC and everything. As a junior pilot in a 206, I would get into that machine every day, praying I don't hot start it. In the 505 that worry goes away. This safety margin that it gives my ownership partner and I was a big factor in choosing this helicopter. The integrated radio is great. We often monitor a couple of channels, so this feature is pretty good. I actually use the airport look-up feature and its integration to pull their frequency as the active frequency. We run it every time in map mode to look at like airspace, which is super helpful. Emergency procedures are pretty similar to the Bell 206. It hangs a bit better than its predecessor for autorotation’s. I think the transition from the Bell 206 to the 505 was pretty easy from an emergency procedure point of view. The biggest difference, I find, is how sensitive the pedals are. I have to dance on the pedals more in the Bell 505. When I do refreshers, I often do it on the 206 because it actually has more emergencies to practice than a 505.

The cabin in the 505 is much more friendly for passengers; there’s no question that they love it. The passengers feel more involved and connected with no wall in the cockpit and their visiblity is way better.

The cabin in the 505 is much more friendly for passengers; there's no question that they love it. The passengers feel much more involved and connected with no wall in the cockpit and their visibility is way better. The theater seating with higher seats is great. My kids love sitting in the back. They have lots of room, and they hook up the headsets to their tablets and just chill. With the integrated radio, if they talk too much, I can isolate the audio in the back. The baggage compartment is massive, so we never run out of the room. Even when three of us came back from the delivery, flying for five or six days with all our gear, we got it all into the back no problem. We've had a couple of warranty things, and those have been very smooth. With respect to the other maintenance, it's been easy. It’s low key as far as how easily accessible it is taking the panels off. The maintenance has been easy so far. It's a whole new world from other machines, right? Not a little step up, it's a massive step up. From a Bell 206 or other short light singles, it’s a bigger, more robust machine that will take me wherever I want to go.

I’m part of a family. I feel supported. I get treated no different than someone who owns 30 bell 429s

We did our training in Texas, which was a blast. The cool thing I would say about Bell is that no one really asks customers on how much flight time they have. They just come in and fly. I’m sitting there as a 250-hour pilot with guys beside me that are 15,000-hour pilots, and the instructors are treating us exactly the same. They're giving us the same experience and same sort of credit for understanding. That's what struck me about Bell, the idea of being given control of the aircraft early on in the training all the way to our treatment during the delivery. It was a very cool experience. We actually joke that we should just sell this one and buy another aircraft so we can just get the delivery experience again, because it was really fun for us! It's been fantastic. All of my interactions with Bell have been very human and approachable. It's like talking to a friend when I text our salesperson. We’ll decide to have a conversation on a Saturday or whenever it works for us. I’m part of a family. I feel supported. I get treated no different than someone who owns 30 Bell 429s. 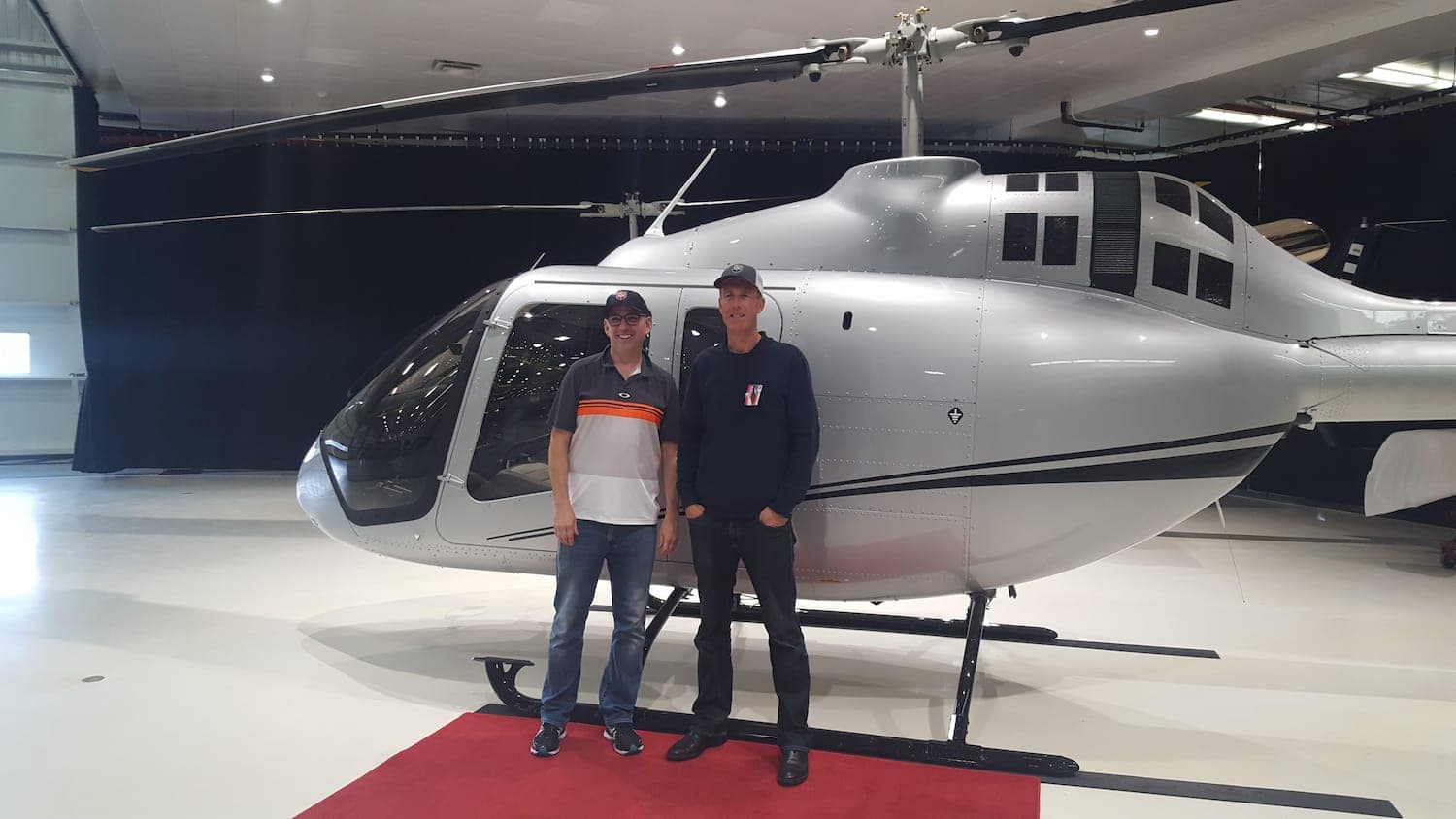 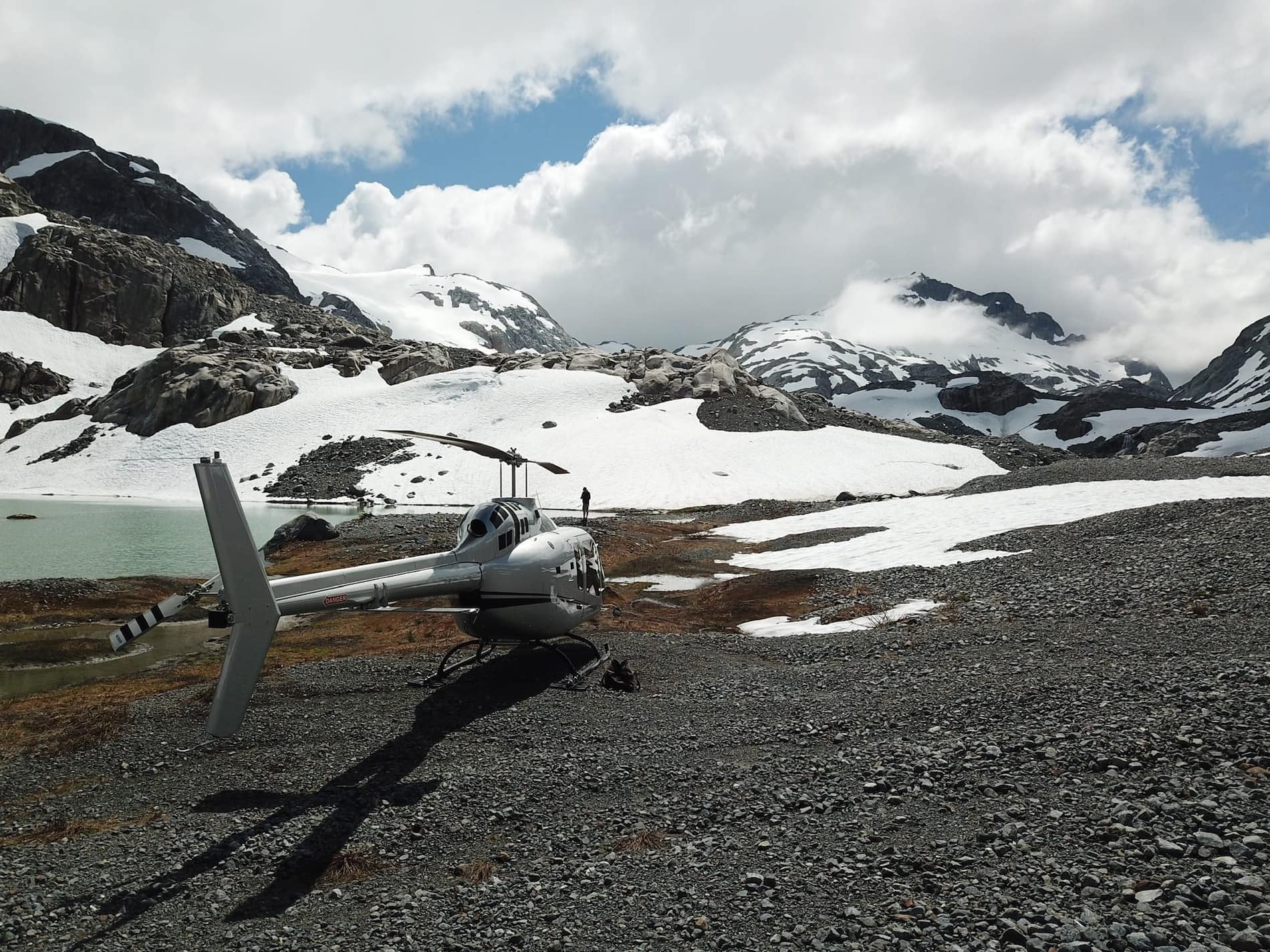